When Hunter College students attended the “Asian Americans Adulting” virtual panel event on March 4, many were surprised to hear that a ukulele, disco ball and whittling kit were just some of the frivolous items that panelists purchased with their hard-earned money.

The event is just the first of many that the Hunter College AANAPISI Project has scheduled for the Spring 2021 term. Part of its “Adulting 101” programming this semester, HCAP is actively putting together a series of workshops for Hunter’s Asian American and Pacific Islander community about what it means to be “financially-literate.”

But what does being a financially-literate person actually mean?

In an initial Google Survey sent out to current and past HCAP students, respondents were asked this very important question. Although responses varied, many of them suggested that being a financially-literate person meant being someone who is “smart” with their money, and also knows how to do and file their taxes. Here are some of the responses HCAP received: 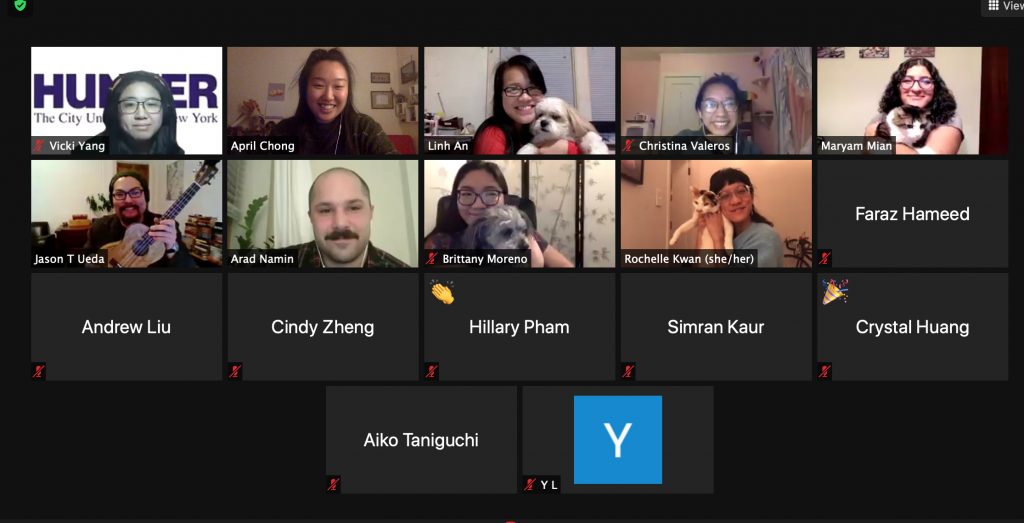 The concept of financial literacy, therefore, can be fairly new and quite intimidating for college students, especially given that the COVID-19 pandemic has left many in financially-unstable situations.

For HCAP, it is less about establishing a solid definition for the concept, and more about developing a critical understanding on how financial literacy not only changes over time, but also varies among people coming from different backgrounds.

The program’s financial literacy events are thus aimed at examining one’s relationship with money, and giving students tools and resources that will help them navigate money during and after college. The “Asian Americans Adulting” event, therefore, allowed attendees to hear how Asian Americans’ relationships with money differed among the four guest panelists, each having their own unique identity and personal circumstances.

If there is one recommendation that students had post-event, however, it was the expectation of more hands-on activities. In fact, many students expressed in an exit slip given after the event that they hoped for more skills-based workshops in the future. Here is one student’s response:

Rather than just tuning in to listen, the program’s “Emotions and Money in AAPI Families” event this past week sought to actively engage students within the conversation.

During the event, students were given the opportunity in breakout rooms to reflect on their relationship with money as it relates to their personal identity and family using the prompts provided. Each breakout room recorded their responses on a shared Google Slides and later presented about the recurring themes in their group discussions.

In the end, HCAP’s first two events of the spring term were overall a success. Many students left feeling empowered and more comfortable talking about their experiences and concerns in relation to financial literacy.

Many look forward to attending future events, where they hope to not only build upon their understanding of financial literacy, but also learn and apply crucial skills that will allow them to be a financially-literate person in both their academic and professional careers.

In wanting to be transparent with students as much as possible, here are some of the potential topics to look out for in future HCAP events or blog posts later this semester:

If there are other topics and skills related to financial literacy that you would like to see featured, please reach out to HCAP via hcap.hunter@gmail.com